One major requirement in piping design is to provide adequate flexibility for absorbing the thermal expansion of the pipe. However, due to the lack of a quick method of checking, piping are often laid-out to be either too stiff or too flexible. In either case, valuable time and material are wasted.
This article presents some of the quick methods for checking piping flexibility. These methods include visual, hand calculation, and microcomputer approaches. They are all quick and easy for designers to use in planning their layouts. Once the designers have taken care of the flexibility problem, the iterative procedure between the stress engineers and the designers become simpler. The project schedule can also be improved.

As the pipe temperature changes from the installation condition to the operating condition, it expands or contracts. In the general term, both expansion and contraction are called thermal expansion. When a pipe expands it has the potential of generating enormous force and stress in the system. However, if the piping is flexible enough, the expansion can be absorbed without creating undue force or stress. Providing proper flexibility is one of the major tasks in the design of the piping system.

Piping is used to convey a certain amount of fluid from one point to another. It is obvious that the shorter the pipe is used the lesser the capital expenditure is required. The long pipe may also generate excessive pressure drop making it unsuitable for the proper operation. However, the direct shortest layout generally is not acceptable for absorbing the thermal expansion.

Figure 1 shows what will happen when a straight pipe is directly connected from one point to another. First, consider that only one end is connected and the other end is loose. The loose end will expand an amount equal to  Δ = E L

However, since the other end is not loose, this expansion is to be absorbed by the piping. This is equivalent to squeezing the pipe to move the end back an ~ distance. This amount of squeezing creates a stress of the magnitude  S = E (Δ/L) = E E

The force required to squeeze this amount is  F = A S = A E E
Take a 6-inch standard wall carbon steel pipe, for instance, an increase of temperature from 70F ambient to 300F operating creates axial stress of 42300 psi and an axial force of 236000 lbs in the pipe. These are excessive even though the temperature is only 300F. It is clear that the straight-line direct layout is not acceptable to most of the piping, Flexibility has to be provided.

Piping flexibility is provided in many different ways. The turns and offsets needed for running the pipe from one point to another provide some flexibility by themself. This inherent flexibility may or may not be sufficient depending on the individual cases.
Additional flexibility can be provided by adding expansion loops or expansion joints. In the straight-line example discussed above, the stress can be reduced by loops installed as shown below. The idea is to provide some pipe perpendicular to the direction of expansion. In this way when the pipe expands it bends the loop leg first before transmitting any load to the anchor. The longer the loop leg the lesser the force will be created.

The force created is inversely proportional to the cube of the loop length and the stress generated is roughly Hard Piping inversely proportional to the square of the loop length. The loop sometimes can take considerably more space and piping than what is available, or economically justifiable. This is especially true for large high-temperature low-pressure pipings. In this case, the better method is to use an expansion joint. Expansion joints are more sophisticated than the pipe loops which are just extra lengths of the same piping. For this and other reasons, engineers tend to favor piping loops over expansion joints.
However, expansion joints can be used effectively in many applications when they are properly designed. One of the major requirements in the design of an expansion joint system is to install sufficient restraints for maintaining stability. This article deals mainly on the loop approach.

In designing a plant, the piping is generally routed or laid-out by the piping designers then checked by the stress engineers.
There is a marked difference in the layout done by the experienced and the inexperienced designers. Experienced designers know the importance of flexibility. However, they tend to provide too much flexibility in contrast to the inexperienced ones who tend to provide little flexibility. In either case, the result is an overpriced project.
The layout done by an inexperienced designer is normally too stiff because the designer does not know how or too timid to add loops or offsets. If a piping system is too stiff, the stress engineer will almost certain to find it out.
The stress engineer will send the design, with recommended loops, back to the designer for revision. At this time, the designer has made some more layouts in the same area making the revision very difficult. On the other hand, a layout was done by an experienced designer often contains the loops which are excessive or not needed.
The excessive loops are normally maintained without revision because it is a common practice not to change something which works. The experienced one might have saved the manhour needed for the revision. The cost of the excessive loops can be prohibitive.
The cost of the project can be reduced substantially if the right amount of flexibility is built in the piping at the initial layout stage. This requires some quick methods which can be used by the designers to check the piping flexibility.

The first step in accommodating thermal movement is to compute the exact change in the linear length of the piping system over the distance of interest, along with a suitable safety factor.

The actual expansion of 100-foot pipe lengths has been computed at different temperatures for the most common piping materials (carbon steel, stainless steel and copper tubing) and are shown in the table here bellow. These values should not be applied to pipe of alternate materials as they will vary. Expansion coefficients may vary 5% or more when obtained from different sources and should be taken into account.

An example illustrating the use of the table above follows:

Calculation: From the table on the right, carbon steel pipe expansion

To determine the positioning of the expansion joint at the time of installation:

Therefore, the expansion joint is to be set up with at least the capability to allow 0.672″ of pipe contraction and at least 2.640″ of pipe expansion when installed at 80°F (26°C). 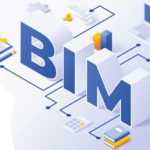 Staying Ahead of the Curve with BIM Modeling Understanding Volatility in Steel Pricing in 2021

Anchorage Recognized by Australian Made Campaign How to Use a Selection Table for Variable Springs 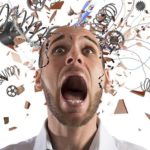 How to Choose Variable Spring Supports 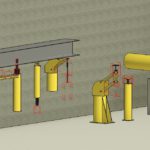 Please note you will be granted access automatically after registration.

0
Quote Cart
Your cart is empty